Spamalot tells the legendary tale of King Arthur’s quest to find the Holy Grail. Inspired by the classic comedy film, ‘Monty Python and the Holy Grail’, the musical diverts a bit from more traditional versions of the legend.

Instead, Spamalot features shenanigans including a line of beautiful dancing girls, flatulent Frenchmen, and killer rabbits. Throughout the show, Arthur, travelling with his servant Patsy, recruits several knights to accompany him on his quest, including Sir Bedevere, Sir Robin, Sir Lancelot, and Sir Galahad.

Besides the rabbits and farting Frenchman, they meet such characters as the Lady of the Lake, Prince Herbert, Tim the Enchanter, Not Dead Fred, the Black Knight, and the Knights who say Ni – with uproarious consequences. Funnier than the Black Death!

Tragically, following a very successful final dress rehearsal, the government issued guidance to avoid social gatherings due to the Covid-19 outbreak. The theatre was closed and all performances of Spamalot had to be cancelled.

This was devastating for all at Rising Stars – both emotionally and financially. We had worked so hard over the previous six months to produce an absolutely fantastic show, reaching a high standard of performance that deserved an appreciative audience. No-one was more upset than us about having to cancel, but the health and safety of the public and our cast & crew had to be our main priority.

Click on a photo for a larger, undistorted version 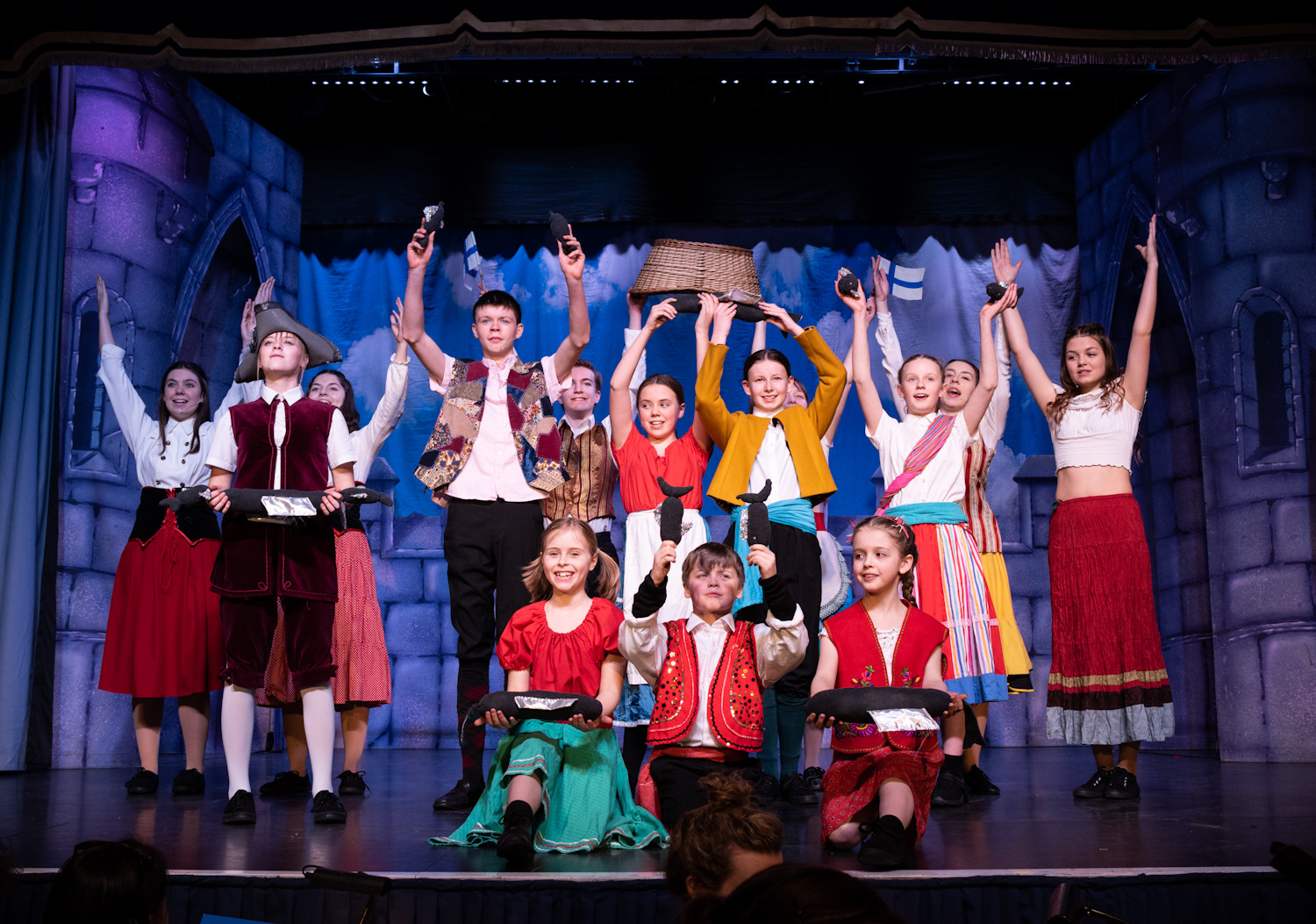 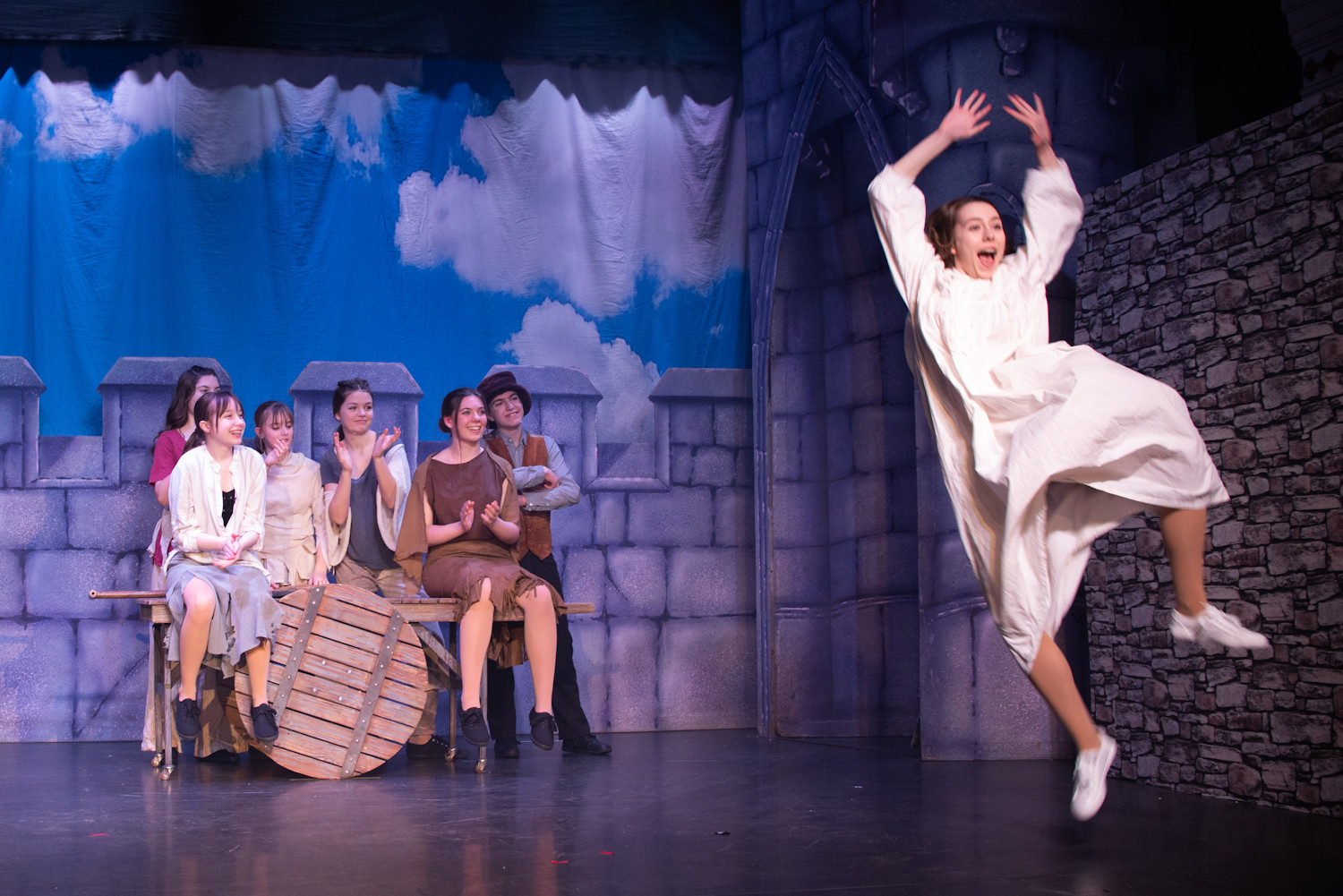 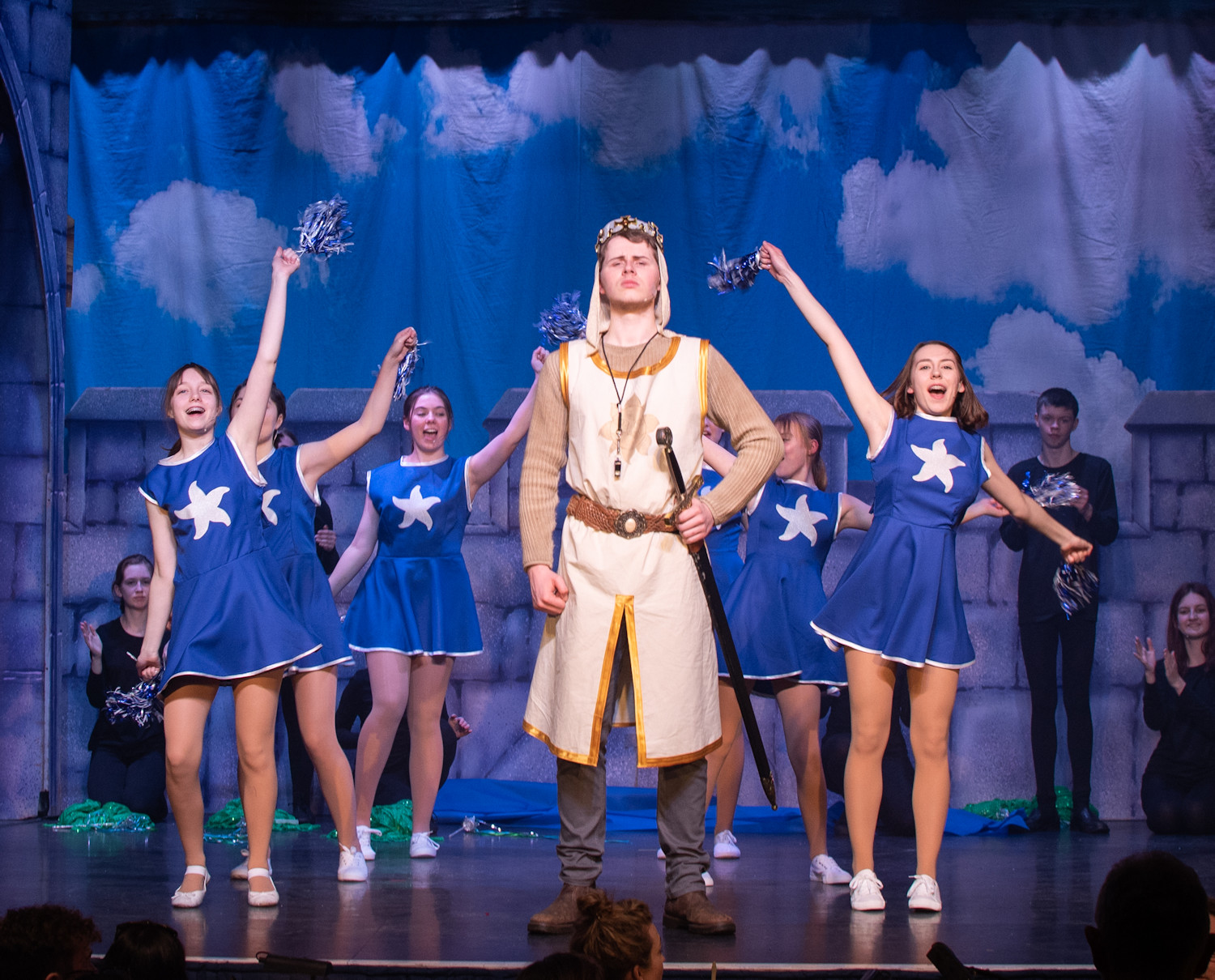 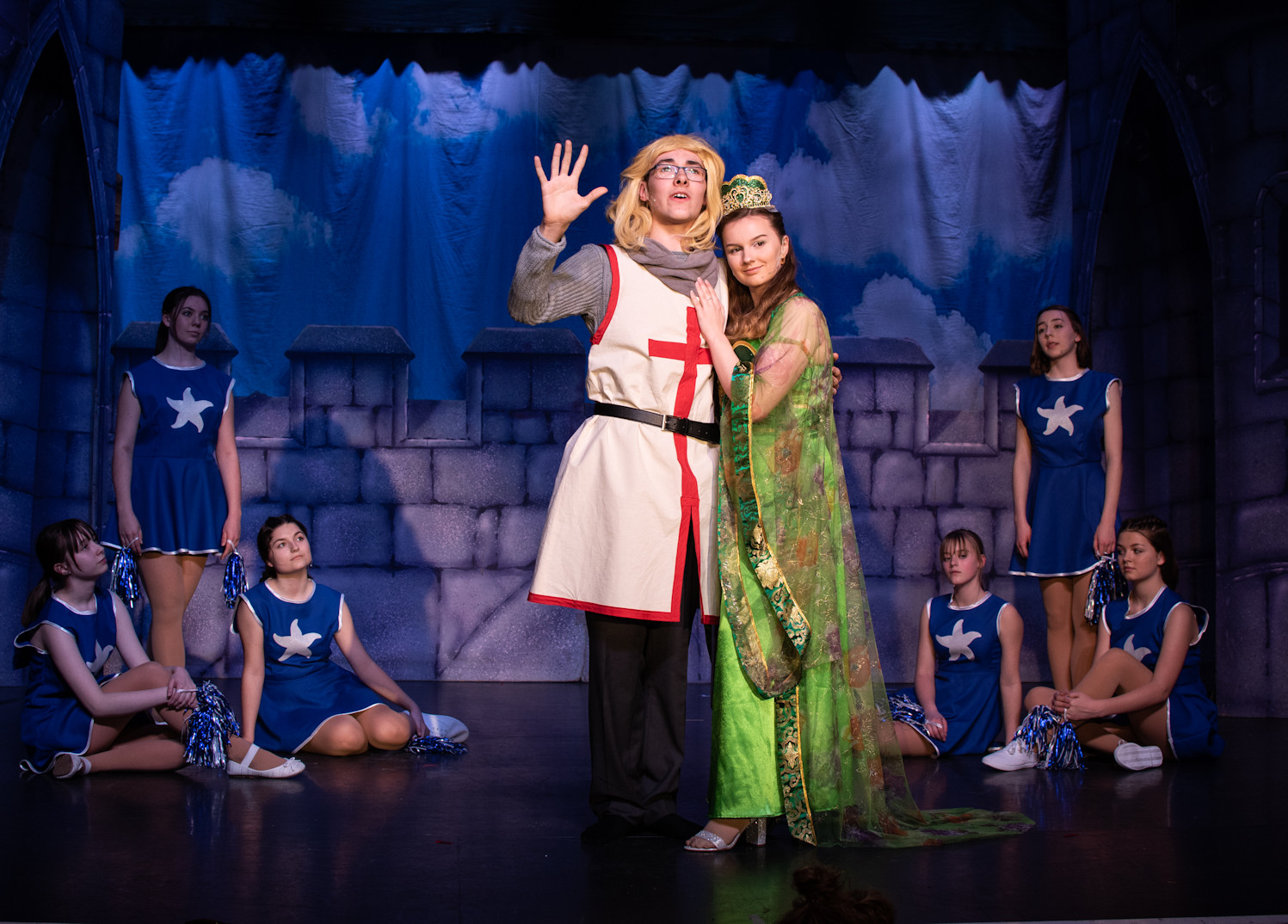 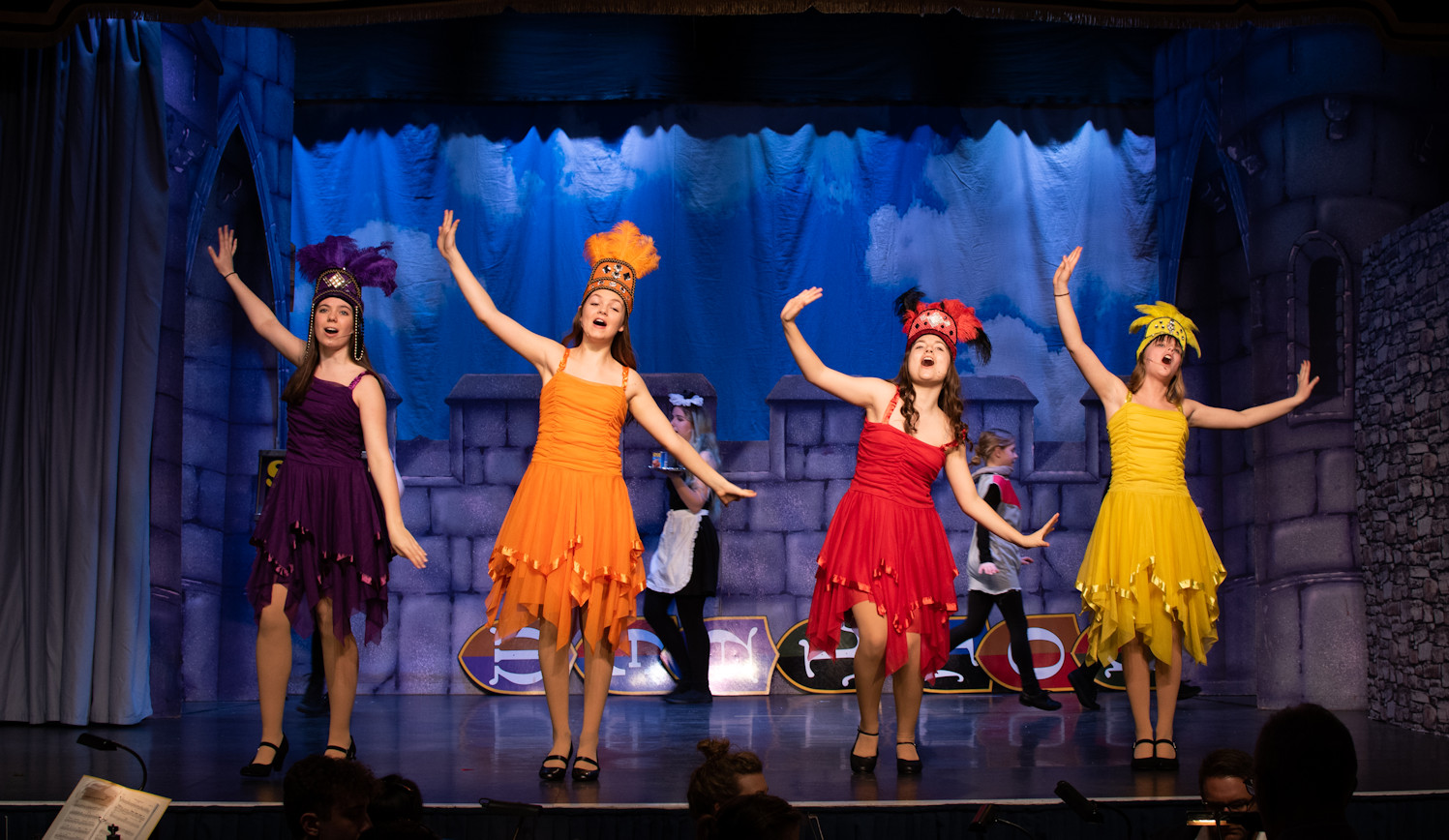 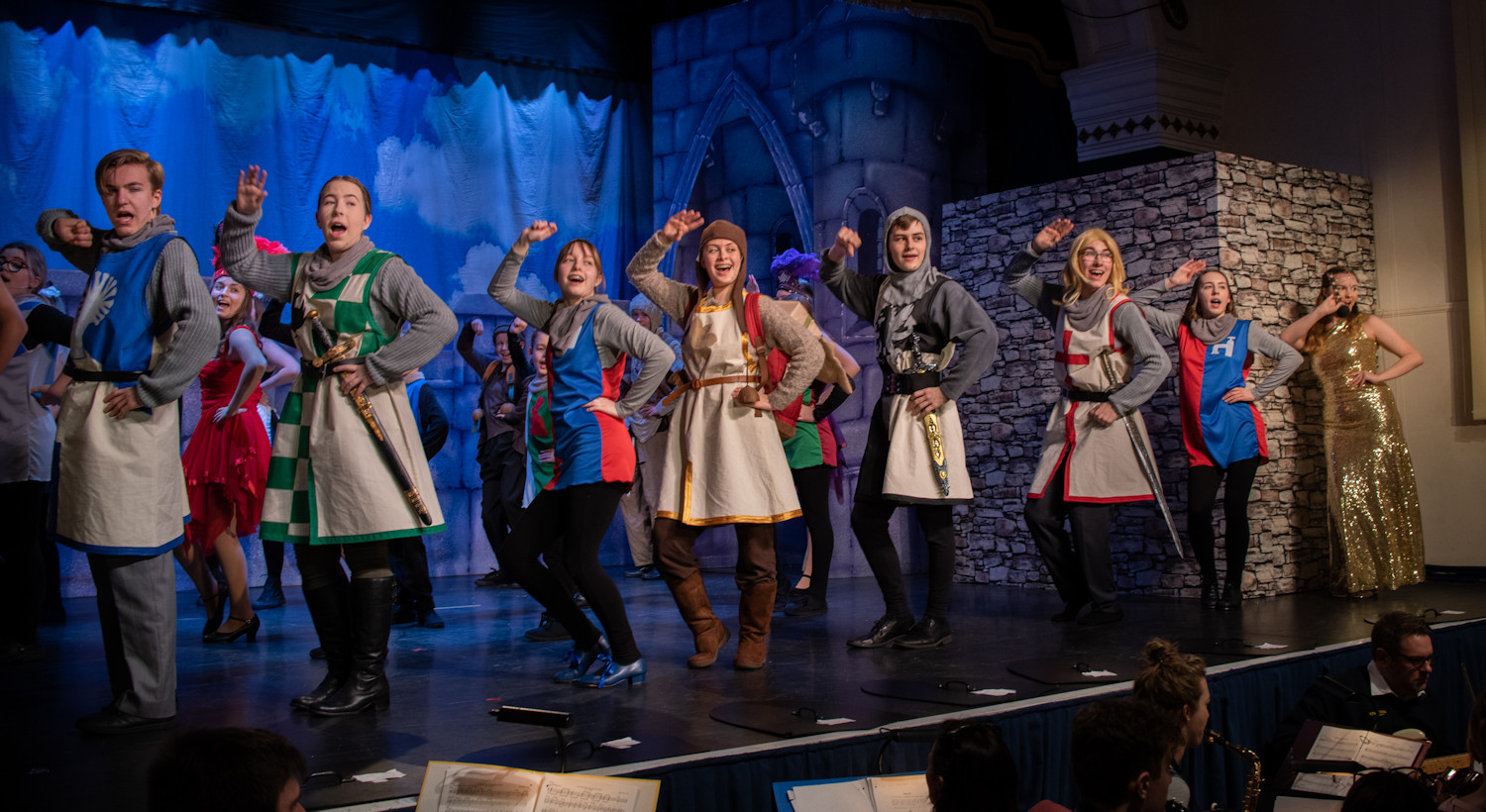 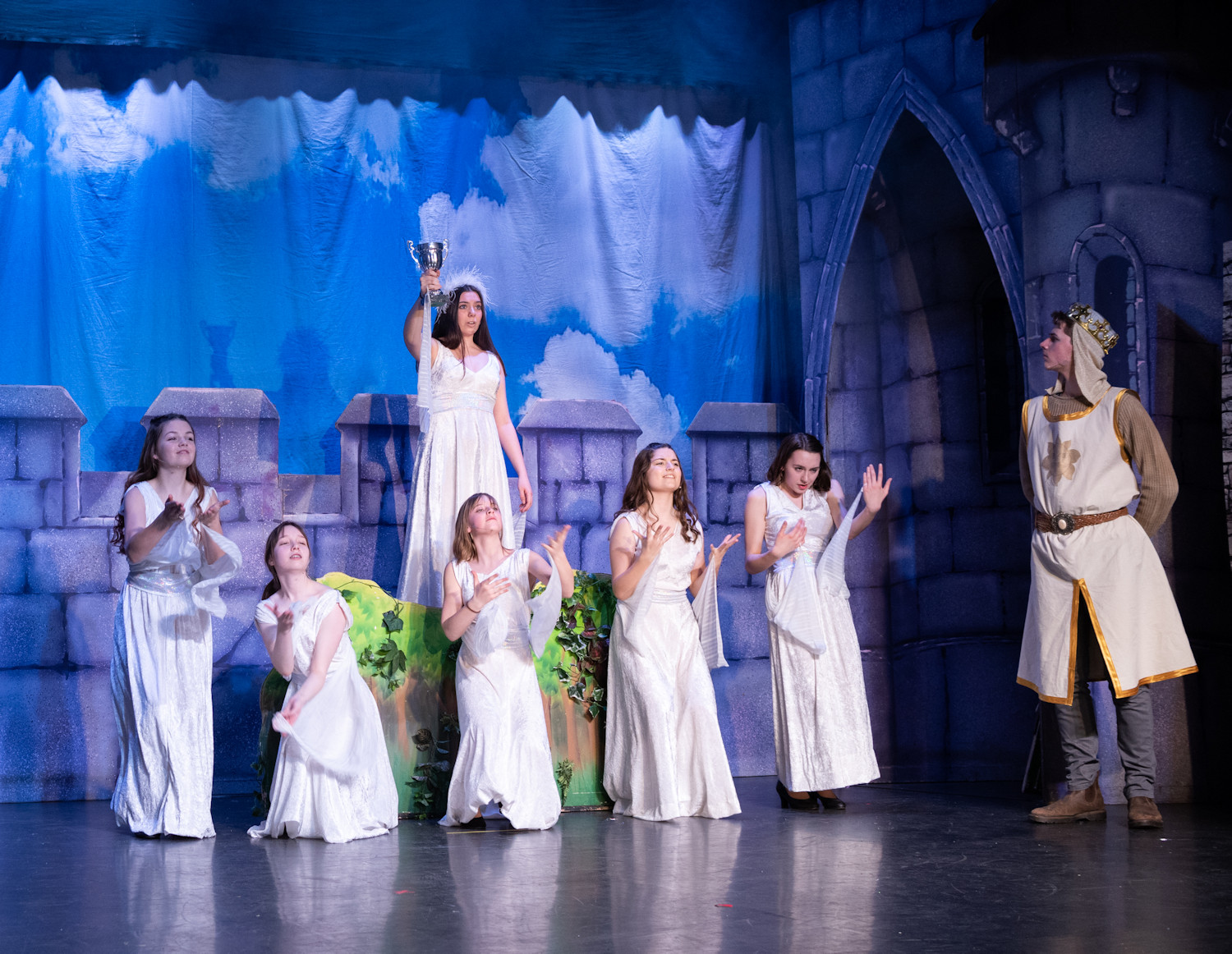 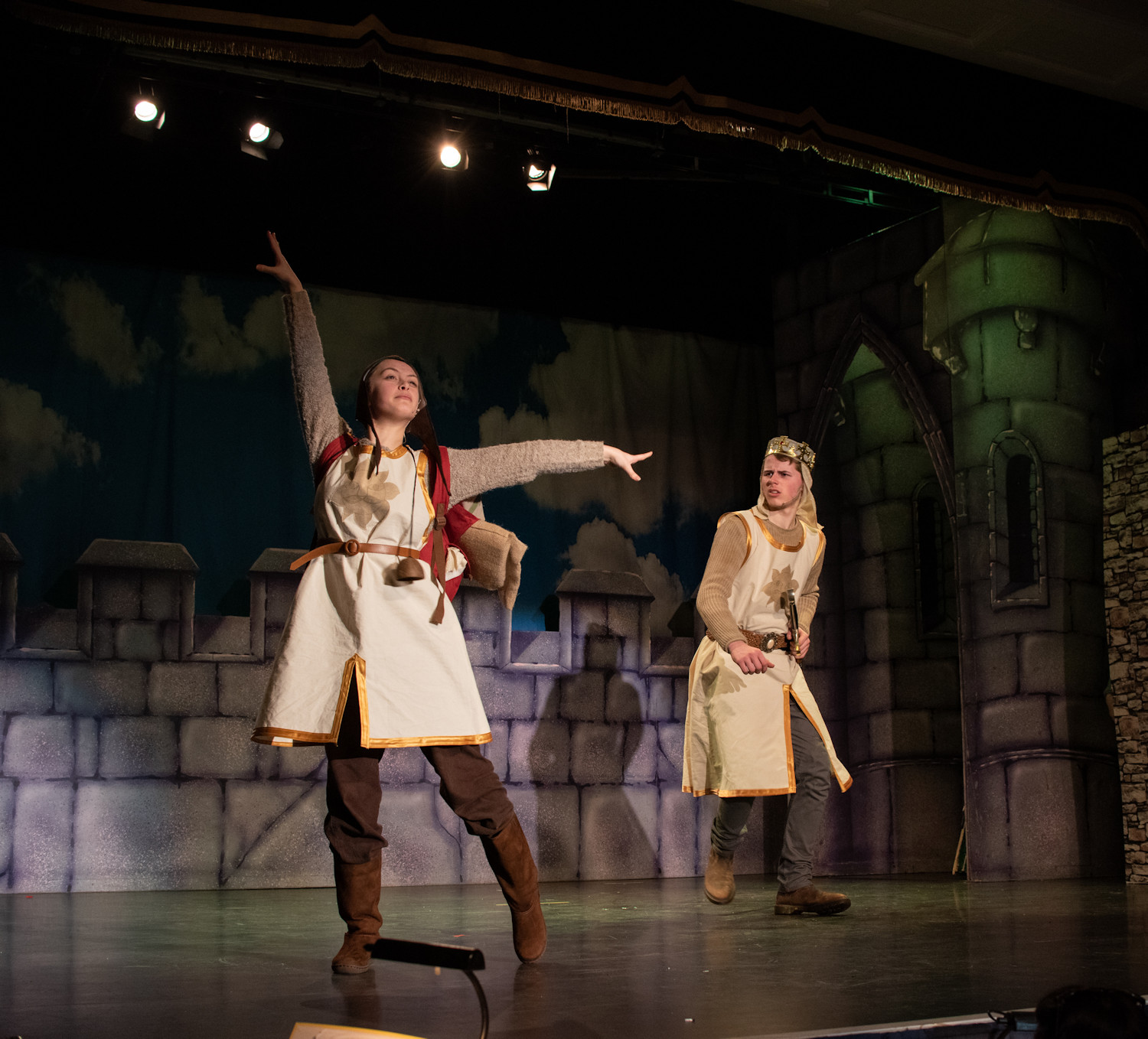 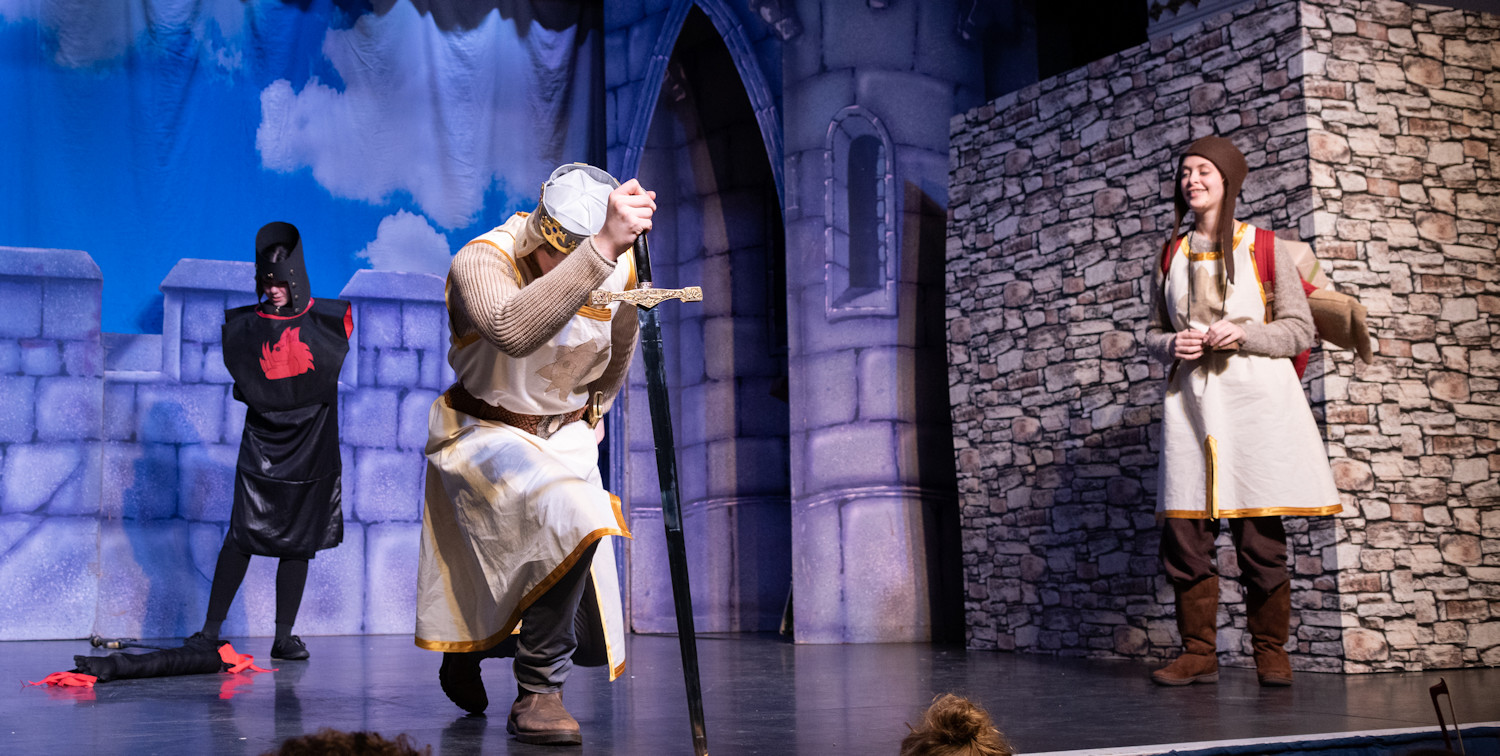 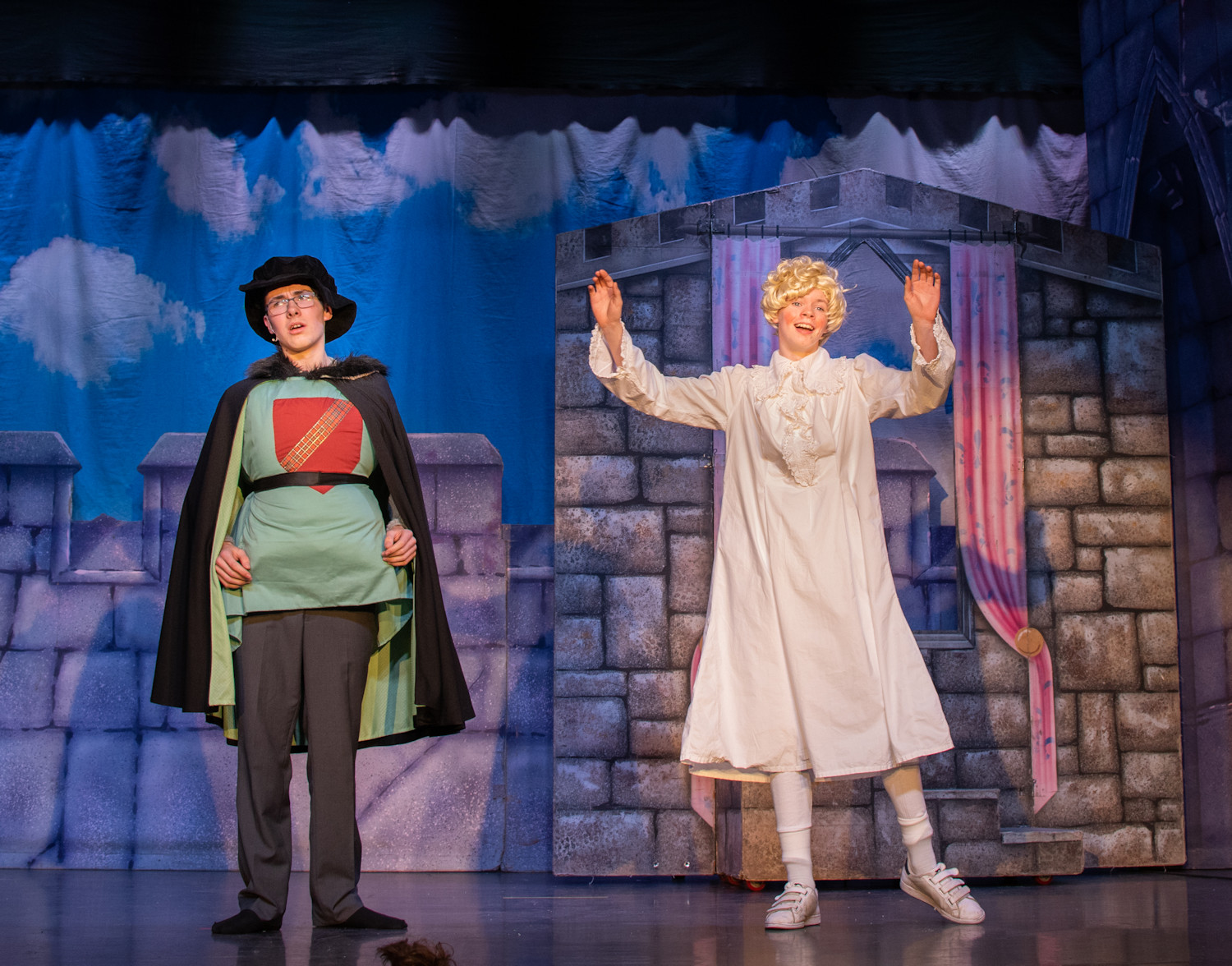