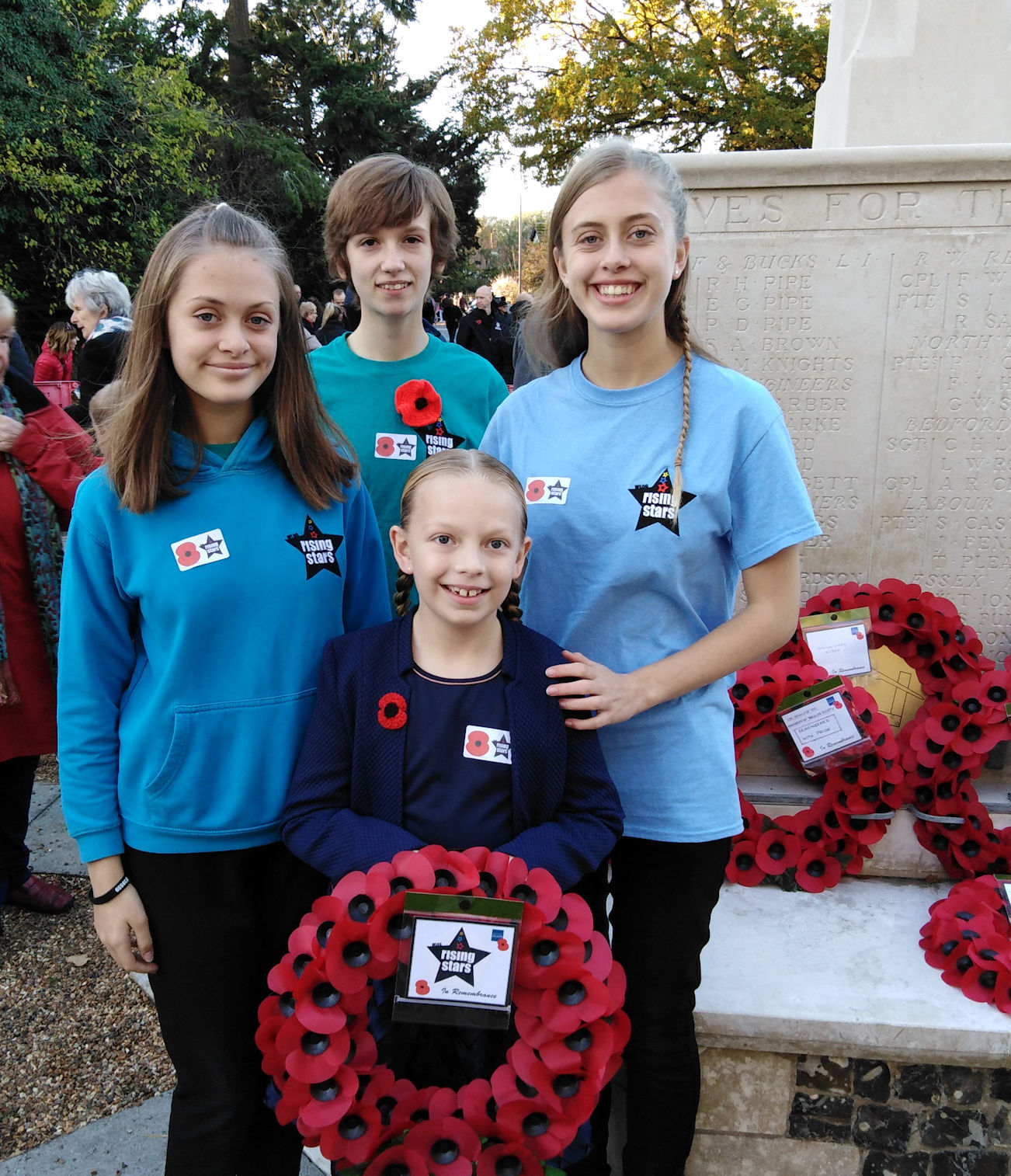 Members of Rising Stars laid a wreath at the Beccles War Memorial to commemorate the 100th Anniversary of the end of World War One.

In 2014, Rising Stars marked the centenary of the start of WW1 during their production of ‘Til the Boys Come Home’. The group also wanted to remember the anniversary of Armistice Day by taking part in the annual wreath laying ceremony at the Beccles memorial.

“It was an honour to lay a wreath to remember the fallen from Beccles” said one member. “I have been lucky enough to visit some of the WW1 cemeteries in northern France where Beccles men are buried, so seeing their names on the memorial always reminds me to be grateful.”

In addition to the wreath-layers, other members of Rising Stars were at the service representing the Sea Cadets, Marine Cadets and Girl Guiding Beccles.

They shall grow not old, as we that are left grow old:
Age shall not weary them, nor the years condemn.
At the going down of the sun and in the morning
We will remember them.